Our National Parks at seventy

This autumn marks the 70th anniversary of the passage of the National Parks and Access to the Countryside Act. The then Minister of Town and Country Planning, Lewis Silkin, described it as ‘the most exciting Act of the post War Parliament’ (1) A big claim, but it was certainly of a piece with the Labour government’s other modernising legislation, imbued with hope and idealism that not only reshaped health and education provision and created the modern welfare state, but also for the first time delivered a protected and accessible countryside.

The Peak District National Park was the first National Park to be established, on 17 April 1951, quickly followed by the Lake District, Snowdonia, and Dartmoor. 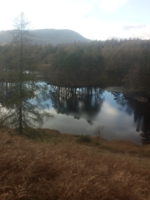 Seventy years later there are 15 popular and much loved National Parks, covering almost 20% of the land area of Wales, a tenth of England, and 7% of Scotland.

As well as creating National Parks, the 1949 Act made provision for the creation of Areas of Outstanding Natural Beauty (AONBs), which were identified as naturally beautiful landscapes not suitable for National Park designation because of their small size and lack of wildness. The first was the Gower Peninsula in South Wales in 1956, and another 45 followed in England Wales and Northern Ireland, along with 40 National Scenic Areas in Scotland.

Finally, the Act paved the way for official long-distance paths, now called National Trails, of which the Pennine Way was the first, and National Nature Reserves, of which there are now 224 in England alone, including Studland, Wicken Fen, and The Wash. Their economic significance should not be underestimated. Two-thirds of people in England live within 30 minutes of a National Park or AONB, with over 170 million visitor-days a year contribute around £6 billion to their local economies annually.

Seventy years on, this whole mosaic of protected landscapes and their place in British society looks right for review; and to his credit, when he was Environment Secretary, Michael Gove set up a designated landscapes review in 2018, chaired by author and journalist Julian Glover, with the intention of reporting and making recommendations on ‘how these iconic landscapes meet our needs in the 21st century’ in the anniversary year (2). Letters setting out the review’s interim findings were published in July (3), and the final report was published in September (4).

Thinking about National Parks brings up all sorts of issues: tourism impacts, housing pressures, planning protection, farming practices, biodiversity and re-wilding debates, climate change impacts, health and wellbeing opportunities, public transport and access, and the diversity issues that come with the rural locations of these public goods in a multi-cultural society. The review panel’s findings acknowledge these issues, and take more precise aim at a few of them.

Funding for both National Parks and AONBs has been cut over the past decade and some of the extra money pledged in the Spending Review in September could usefully be spent on these landscapes. ‘Doing more will cost more,’ said Glover in outlining the interim findings, who went on to remind us of what John Dower wrote in 1945 in his official report which became the National Parks blueprint: ‘If National Parks are provided for the nation, they should clearly be provided for by the nation.’ Glover argues that ‘At the very least we want to see existing budgets for National Parks secured in real terms […] Any new National Park designations must be funded with additional money not from the current budget.’

It is not just that more money is needed either; the source of that money is taxation paid by everybody – but ‘sometimes on our visits it has felt as if National Parks are an exclusive, mainly white, mainly middle-class club, with rules only members understand and much too little done to encourage first time visitors’. The review panel’s experience on this was clearly not always positive: ‘many landscape bodies have not moved smartly enough to reflect this changing society, and in some cases show little desire to do so’.

Harking back to the Attlee Government’s legacy while acknowledging some examples of links with the NHS the Final Report comments that:

The Final Report doesn’t mince its words on governance either:

‘Time after time we have heard and seen that National Park boards are too big, do not do a good job in setting strategic direction and are deeply unrepresentative of England’s diverse communities.’

Farmers come in for affair amount of stick too, and the Department for Environment, Food and Rural Affairs (Defra) may not find some of it comfortable reading either, as they argue that some of the things that have done most harm to nature include ‘a system of farming subsidies which, although it has improved, for decades rewarded intensification regardless of the consequences’.

The Final Report packs a punch, even if it seems too sympathetic to slippery concepts such as ‘natural capital’. But in this anniversary year it is asking the right questions – not ‘what do protected landscapes need?’ but ‘what does the nation need from them, today?’ Seeing how the government picks up this challenge and responds to it will tell us a lot about what political vision looks like in the 21st century, and whether it measures up to the aspirations of those pioneers in the 1940s.

This article first appeared in the September 2019 issue of Town & Country Planning.